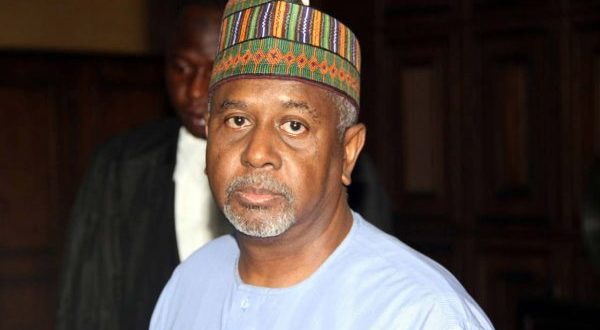 1985 Coup: I have no personal feud with President Buhari, says Dasuki

The former NSA, Sambo Dasuki has disclosed that he has no personal feud with president Muhammadu Buhari.

In the interview which was conducted in Hausa, Dasuki said there are no words enough to show appreciation for all the prayers offered. All we can do is to thank them and pray to God to reward them abundantly. We have seen the results of their prayers.

He thanked God for good health, stressing that he was hail and hearty.

“Everything that happens to an individual is from God. It is only God’s will that will prevail. It is ignorance or lack of faith that pushes some to think that certain individuals are behind their predicaments. Everything is ordained by God. As you said, I was detained for four years and I am out today. Only God knows tomorrow.

“The only thing is that there must be fairness. Whoever goes to the Mosque on Friday must surely have heard the Imam always preach for fairness and honesty. There is a reason for that. Everyone should listen to it,” Dasuki said.

Dasuki futher stressed that he will be returning to court to prove that the allegations against him are not correct.

“I stopped going to the court because I was granted bail but the government refused to release me and I said whenever the bail order is complied with I will appear before the court and defend myself. I am ready.”

Reacting to speculations that his arrest was because he apprehended General Buhari during the military era, Dasuki said he is not aware of the claim.

He further stressed that there is no sort of feud between him and the President.