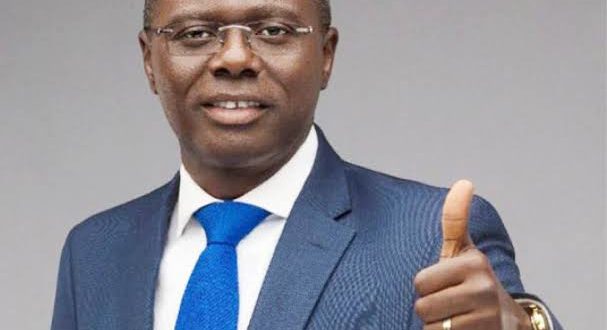 200 Days in Office: “Wake up to challenges, your performance is low”- Ex-aspirant tells Sanwo-Olu

As Gov Babajide Sanwo-Olu clocks 200 days in office, the Action Democratic Party (ADP) governorship candidate in the 2019 election, Babatunde Gbadamosi has advised the Lagos Governors to wake up to the challenges as he clocks after 200 days in office.

Speaking to newsmen in Lagos, the ADP candidate scored Sanwo-Olu low across all sectors of governance, saying that “the governor could have done better.”

“The governor needs to wake up and sort out the lowest of the low hanging fruit,” Gbadamosi said.

The ADP chieftain said that Sanwo-Olu could achieve a lot more and a lot faster and in the strategic area of road construction.

In the area of transport development, Gbadamosi noted that the governor was not doing what he should be doing as the average Lagosian spends seven to eight hours in traffic every day.

“The Lagos -Badagry Expressway is a shame to 20 years of civilian governance in Lagos State despite the support received from the Federal Government and partners to redevelop the road.

“It is a shame to all of us Lagosians that we allow that road to get to such a deplorable state,” he said.

He said that the Lagos State Government could afford and should actually be paying N100,000 as minimum wage, considering the high cost of living in the state.

According to him, his mission is to help the incumbent government in office by pointing out how to get things done in a workable and practical way.

“It is not just about criticising and pointing out the flaws, it is about pointing out how well to achieve what we all want, which is good governance.

“So, we have to do whatever we can do to help the incumbent government to achieve good governance,” Gbadamosi said.

According to him, there are still very many green areas which are not built up in Lagos State because there are no roads to open up such areas.

“And the reason they are not built up is because there is no road. For instance, the Lekki -Ajah axis is still largely undeveloped. There’s no road; no coastal road.

“Imagine if we put a 10-lane expressway along the coastline, the area will develop; and if you build a solid infrastructure in Lagos, you make money,” he said.