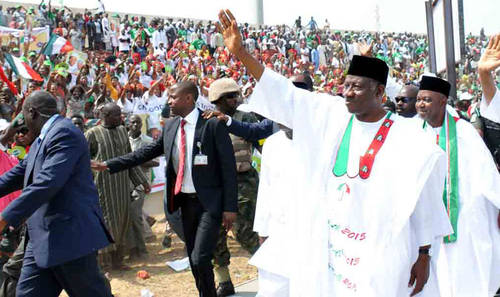 The Economic and Financial Crimes Commission (EFCC) has disclosed that investigation is ongoing on the funding for the 2015 presidential campaign of former President Goodluck Jonathan.

Shehu Shuaibu, an EFCC investigator, said this on Tuesday during cross-examination in a money laundering case before the federal high court in Lagos, Punch reports.

He said alleged donations into the bank account of Joint Trust Dimensions Limited, one of the defendants in the case relating to Jonathan’s campaign, are still being investigated.

Shuaibu, the third prosecution counsel in the case, was being cross-examined by Ferdinand Orbih, Usman’s lawyer, at the continued hearing on Tuesday.

He was quoted to have listed some of the cash inflows into the bank account of the firm.

He, however, said, “I am not sure if they (the monies identified) were truly donations, as some of these alleged donated monies are still under investigation.”

President Muhammadu Buhari had defeated Jonathan, who at the time was seeking reelection.