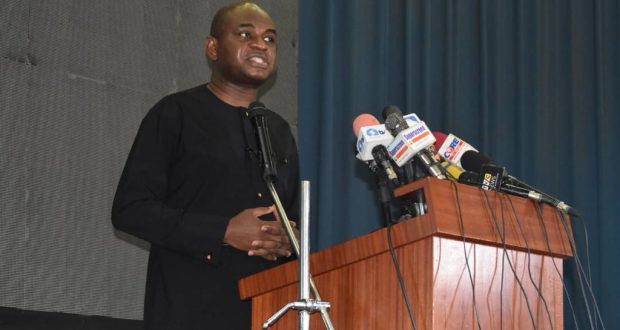 A former Deputy Governor of the Central Bank of Nigeria (CBN), Kingsley Moghalu, has officially declared his intention to run for the office of the President of Nigeria in the 2019 election.

Moghalu, who announced this on Wednesday, in a press conference at the Shehu Musa Yar’Adua Centre, Abuja, said a combination of military rule, oil booms and busts, and successive leadership failures of the political class have robbed the country “of what seemed our destiny at independence”.

54-year-old Moghalu was born in Lagos State, South-west of Nigeria. He is a political economist, lawyer, and former United Nations official.

He is a professor and a Distinguished Non-Resident Fellow at the Fletcher School of Law and Diplomacy at Tufts University, Massachusetts, United States. He also served as Chairman, Boards of Directors of the Nigerian Export-Import Bank (NEXIM) and the Financial Institutions Training Centre, and is the founder and President of the Institute for Governance and Economic Transformation (IGET), a new think tank based in Abuja.

Moghalu didn’t, however, mention on which political party platform he would stand for the election. Nigeria’s current electoral law does not allow for independent candidacy.

“My focus, for now, is the people of Nigeria and not on party platforms that have in the past been mere vehicles for capturing political power,” he said in his declaration speech.

“While I have been approached by a number of political parties, the movement that I am part of will decide which one we will join,” he said, adding that such “decision will be based on commonality of vision and the imperative of a generational shift in leadership, and we will announce this decision in the coming weeks.”

“I am standing here today saying that it is time we shatter the downward spiral to nowhere. I am here today, standing with the 110 missing girls of Dapchi and their grieving family, and with the traumatised young women of Chibok, those with us and those still in captivity.

“I am here today because 33 million of our able men and women are unemployed or underemployed, nearly 15 million children are out of school, and only 60 per cent of Nigerians are literate.

“I am here today because our hospitals are understaffed and mismanaged death traps, and women are still subject to horrific prejudices and devastating early marriages.

“I am taking this stand, here and now, because Nigeria today is divided by ethnic and religious conflicts, made worse by corruption,” he said.

The former CBN chief said the Nigerian government has failed to secure the lives of citizens, and that Nigeria has lost its place in the world. “The time has come for us to fix this,” he said.

He said Nigerians are “collectively exhausted by politicians who continually fall in and out of alliances with each other and care nothing for the ordinary Nigerian.

“They aggravate our fears in the hope that we will continue to keep them in power even though offer nothing new.”

He described Nigeria as a nation of great people, and said what the country needed most now is “a real movement of the people, by the people and, most importantly for the people of Nigeria to move our country forward and break with our troubled past”.

Moghalu said he has the competence, capacity, and character to lead Nigeria and make it become a strong nation. He added that his colleagues, mentors, friends, and family could vouch for his characters. 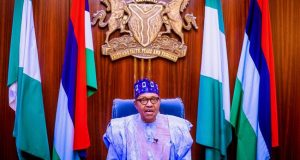 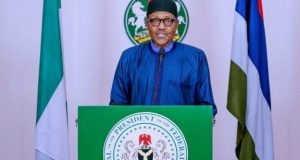