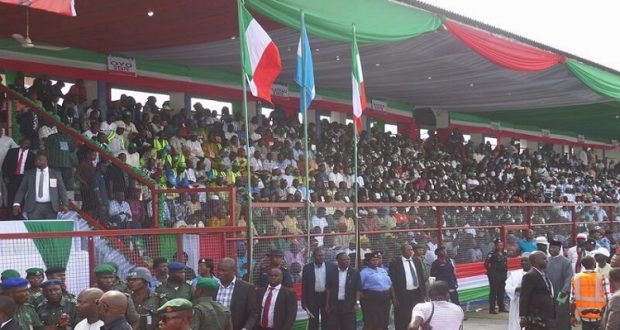 The chances of the Peoples Democratic Party (PDP) winning the 2019 general elections are getting slimmer by the day following lingering cases in court barely a year to the polls.

A National Chairmanship contender at the PDP’s December 9, National Convention, Taoheed Adedoja, has again approached a Federal High Court, sitting in Abuja, seeking an accelerated hearing of the suit he filed against the election of Uche Secondus as the National Chairman of the party.

Adedoja in a statement said his counsel, Messrs Rickey Tarfa & Co, yesterday, approached the court to request an accelerated hearing to an earlier suit filed on December 18, 2017, with suit no: FHC/ABJ/CS/1255/2017 on grounds that his name was “unlawfully excluded from participating in the December 9 national chairmanship election of the PDP.”

Adedoja said, “All the defendants/respondents in this case, including Uche Secondus, the PDP and the Independent National Electoral Commission (INEC) had long been served with the originating processes in the earlier suit

“The abridgement of time sought by Rickey Tarfa is to enable the case to be heard by the Federal High Court expeditiously, as the aim of the suit bothers, wholly, on the right of Adedoja to participate in the said convention coupled with the need to urgently determine the right of the parties in the suit

“This is to enable INEC deal with the valid and authentic National Chairman of PDP with respect to the scheduled conduct of any primary election or any activity of the party requiring any correspondence with INEC.”

Adedoja expressed dismay at the zero (0) score credited to him as a national chairmanship contestant at the convention, insisting that he was maligned and embarrassed as a result.