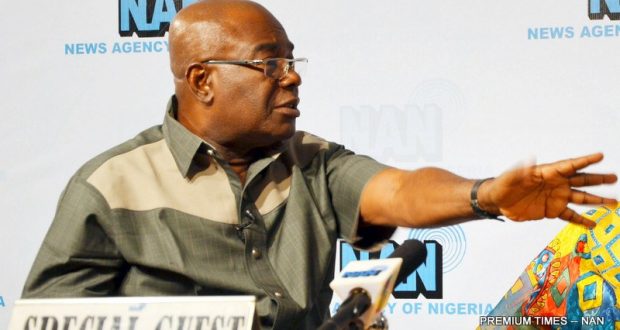 Ahead of the 2019 general elections, the Chairman, National Population Commission (NPC) , Eze Duruiheoma, has pledged to support the Independent National Electoral Commission (INEC) towards entrenching an effective electoral process.

Duruiheoma said this while receiving the Chairman of INEC, Mahmood Yakubu, on Tuesday, in Abuja.

He noted that NPC would not conduct a census without demarcating the country into smaller units and if census was right, then election would be right.

“We have covered 87 Local Government Areas in the enumeration area demarcation exercise using the highest technology, in order to avoid manipulations during elections.

“We do not have 100 percent coverage in registration of deaths and births but the 50 percent we have from it will be made available to INEC for them to cleanse dead names out from voters register,’’ he said.

The chairman therefore called for more collaboration from other agencies.

Yakubu had earlier solicited strong collaboration with the NPC for the conduct of effective and credible polls.

He stated that the finalisation of a Memorandum of Understanding (MoU) between two the agencies would lead to its implementation.

He assured of INEC’s readiness to work with NPC in order to sanitise the voters register for credible election.

According to him, INEC have been working with the NPC in areas of enumeration areas demarcation.

Yakubu said that the partnership between the agencies would help attain records of deaths from 2015 to date to help remove dead persons names from the voters register.

He therefore assured Nigerians of a credible poll in 2019.