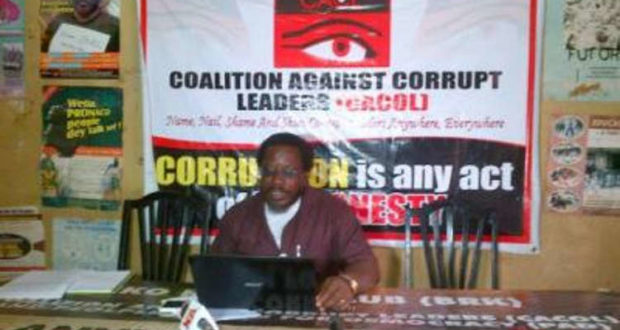 2019: FG must must not treat security threat with kids glove – CACOL, CD

Two civil societies, the Centre for Anti-Corruption and Open Leadership and the Campaign for Democracy have said that the Federal Government must not treat the alarm raised by the security chiefs on the 2019 elections with kid gloves.

This is a reaction to a security threat revealed by the security chiefs ahead of the 2019 elections.

The civil societies said the government must reshuffle the military and other security agencies to bring in fresh and efficient hands, devoid of political and economic interests.

The CACOL Director, Debo Adeniran, told Punch: “That alarm by security chiefs is a manifestation of the ominous sign of distrust between the serving and retired military officers.

“These are ominous times and the government must not fold its arms. It is a warning that should be taken seriously and everyone who is investigated to have such plans against the 2019 elections must be arrested and prosecuted, no matter whose ox is gored.

“They should be rounded up and made to sign an undertaking for the 2019 elections.”

Meanwhile, the CD President, Usman Abdul, said , “We will not condone any act of sabotaging our democracy. We call on the President to allow those security chiefs who are due for retirement to go. The President must bring in those who are capable of steering the course of the 2019 elections.

“Given these security alerts, the government must not let the 2019 elections go awry. There must be an action immediately and one of such actions is the removal of whoever is deemed inefficient.”