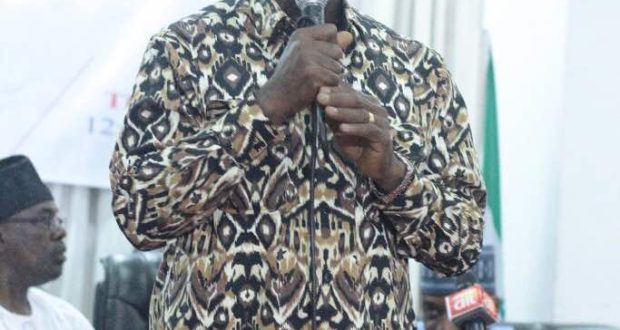 Tondo stated this while speaking with journalists shortly after obtaining his nomination and expression of interest forms at PDP National Secretariat in Abuja on Friday.

He said that people of the state were not looking for who would buy their vote and at the end unable to deliver good governance and dividends of democracy.

“Benue people are demanding for good governance, having known the repercussions of the lack of it.

“It is not about the amount of money in the account. The people are going to look for special qualities on who to take them to the `promised land’ they have been yearning for.

“So, I am not worried that someone is an incumbent. I have confidence in myself even though I don’t have the money. The people believe in me; they have tested me and they can trust me.”

Tondo added that he was not also worried about the likely effect of the power of incumbency by Governor Samuel Ortom.

“I am confident that delegates from Benue who are looking for good governance will not mind whether you are an incumbent or not.

“They will vote for the person that can deliver good governance to the people in 2019 and the person they have seen is no other but John Tondo,’’ he said.

On speculations that Ortom would be given an automatic ticket by the PDP leaders, Tondo said that was not part of the party’s decision.