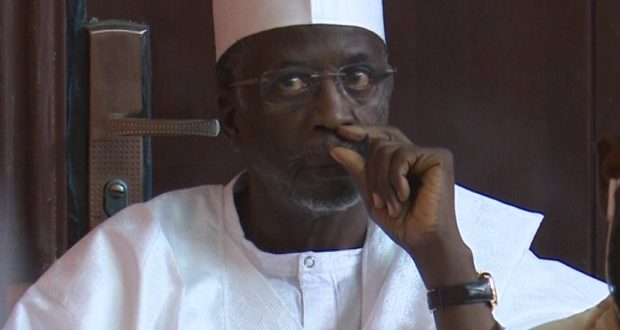 2019: I will support any candidate that emerges PDP presidential aspirant – Bafarawa

This is, however, in the event he is not able to get the ticket of the party to contest the election.

Bafarawa, a former Governor of Sokoto state made the pledge on Tuesday in Abakaliki during a courtesy visit to Governor David Umahi as part of his visit to party faithful over his presidential ambition.

He said:“I am a democrat and therefore ready to support any aspirant who emerges as the party’s flag-bearer in order to move the country forward.

“We all, however, need to be screened before the final decision on the party’s candidate is taken.

“The other aspirants who visited Ebonyi before me must have promised to solve the economic, security and infrastructural challenges of Nigeria.

“But I am presenting two books on my eight years stewardship as governor and what I will do as president,” he said.

He urged Umahi and the party faithful in Ebonyi to support him, noting that his votes from the South-east states and the entire northern part of the country would enable him win the presidential election.

“I didn’t come into politics to make money but to serve and I remain the best choice for the south-east zone, due to my favourable disposition to its people.

“I assisted several Igbo businessmen to become billionaires and ensured for instance, that no individual from that tribe was affected by the Sharia riots during my tenure as a governor.

Responding, Umahi, extolled the virtues of Bafarawa, describing him as a man of humility, commitment to the develop the country.

“One of the reasons why you achieved much in life was because you are a businessman.

“Thank God for His vindication when the court declared you not guilty in a corruption charge,” he said.

He noted that about 14 presidential aspirants had emerged under the PDP, describing the situation as heart warming.

“All of you are eminently qualified for the position but some of you who spent eight years as governors would have the requisite experience to govern.

“The south-east states, governed by PDP, would take a common stand on whom to support as the person would be ready to make certain concessions to accommodate the zone equitably.