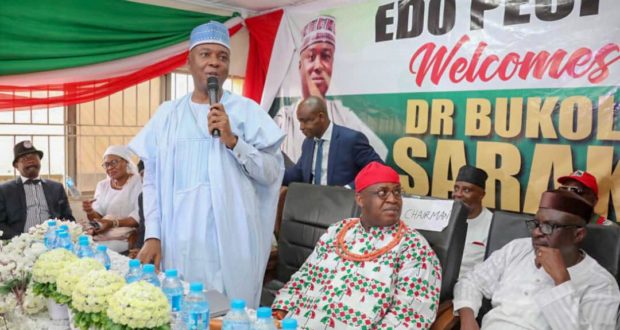 2019: Let’s elect a President who is abreast of the new world order, Saraki urges Nigerians

The Senate President, Bukola Saraki, has called on Nigerians to unite and elect a President who is abreast of the new world social order and is capable of initiating positive change in the nation.

He made the call on Wednesday in Calabar, the Cross-River State capital, during a visit to Governor Ben Ayade.

He also said he was optimistic that Nigerians will vote in new dynamic leaders that will positively change the country’s political narrative.

“There is a new world order that is out there.

“We have seen this evolve across the world and everybody is waiting for when it will come to Nigeria. Distinguished excellency, it has come at this time.

“We cannot afford to make the mistake. It is not just about voting out the APC.

“Its about voting out the APC, restoring and repairing Nigeria,” he said.