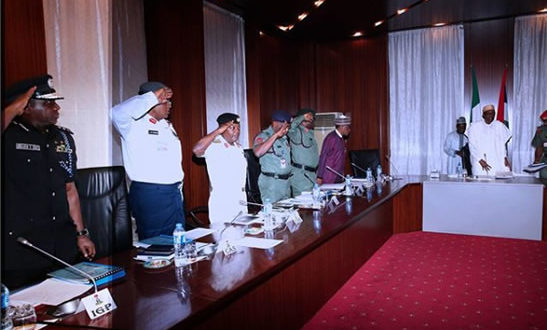 The Coalition for Nigeria Movement (CNM) led by a former President, Olusegun Obasanjo, has asked Nigerians to be wary of President Muhammadu Buhari’s government as it has corrupted security agencies ahead of the 2019 general elections.

It said the statement by a former Minister of Defence, Theophilus Danjuma, that the military was colluding with unscrupulous individuals should not be dismissed.

The spokesman for the CNM, Akin Osuntokun, said this while responding to allegations by heads of security agencies that there was a plot by some groups to disrupt the 2019 general elections .

The Directors-General of the Department of State Services, Lawal Daura; and National Intelligence Agency, Ahmed Rufa as well as the Chief of Defence Staff, Gabriel Olonisakin, had raised the alarm over the plans by some groups to disrupt the processes leading to the 2019 elections .

The evil plan, according to them, was for the groups to create a stalemate during the elections

However, Osuntokun told Punch that the security heads were acting out the script of the All Progressives Congress.

“If you can extrapolate from what Gen. Danjuma said, that means Nigerians are at the mercy of the government or the army that is colluding. The people we should fear are (those in) the government.”