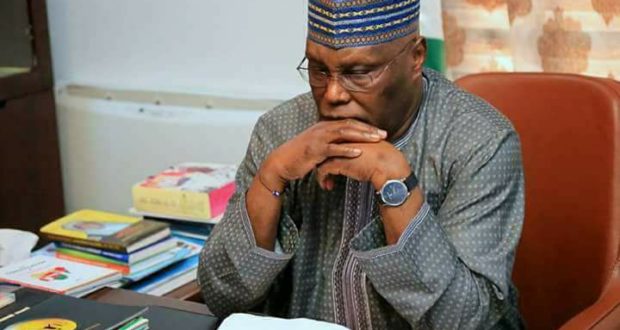 2019: We have not endorsed Atiku or any other person as a presidential candidate – Afenifere

The Yoruba socio-cultural group, Afenifere, has said it has not endorsed any candidate for the 2019 presidential election.

Sehinde Arogbofa, the Secretary-General of the group, made the clarification in Akure after the visit of former Vice President, Atiku Abubakar to the leader of the group,  Reuben Fasoranti, on Tuesday.

Arogbofa dismissed a report on the social media purportedly endorsing a candidate, saying the group was incapable of imposing anyone on Nigerians.

“We will only support a candidate who has a passion to turn things around for good and make life better for all Nigerians and most importantly embrace restructuring of the country.

” Afenifere can’t impose any candidate, irrespective of his social status, on anybody,’’ he said.

He said those eyeing the presidential position were still at the preliminary stage as aspirants and had yet to emerge as candidates.

” But thereafter, we will look at the issues on the ground and especially the issue of restructuring and somebody who can make life better for Nigerians.

“We will consider all these things.

” But what really impresses us the most is that Atiku says he is going to restructure this country and we are happy about it.

” This is because we are always in the forefront of restructuring in this country and whoever is ready to restructure will get our support.

“Though Atiku said he will restructure the country and others have also been saying this, we are still waiting to see, especially when they have emerged as candidates.

“So, no candidate has emerged so far politically and we have not endorsed anybody,” he said.