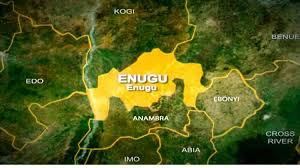 2023: Any monarch who endorses aspirant will be dealt with- Enugu traditional council

The Enugu Council of Traditional Rulers has vowed to wielding the big stick against members of the Council who are delving into politics.

However, in a press release signed by His Majesty, Igwe Ambassador Lawrence Agubuzu, the Chairman, Enugu State Council of Traditional Rulers, he said monarchs meddling into politics would face disciplinary action.

According to the statement, by law monarchs are to remain apolitical, saying that the Council would compile names of defaulting traditional rulers and forward same to the State Government for necessary action.

The statement termed public announcement read, “One of the resolutions passed by the General Assembly of Enugu State Recognized Traditional Rulers, at our meeting on Tuesday, 29th March, 2022, was the re-affirmation of our time-honoured position as apolitical royal fathers who are not expected to involve ourselves in partisan politics or to take sides with individual or groups of our subjects in political contestations.

“It is against this backdrop that the State Council of Traditional Rulers views with very grave concern the conduct and activities of some royal fathers, who have failed to adhere to our primary role and responsibility for peace, order, security and welfare of our dear Enugu State.

“It has, therefore, become necessary for the Council to rise to the occasion and ensure that a few Traditional Rulers do not tarnish the image of the entire revered royal fathers of Enugu State.