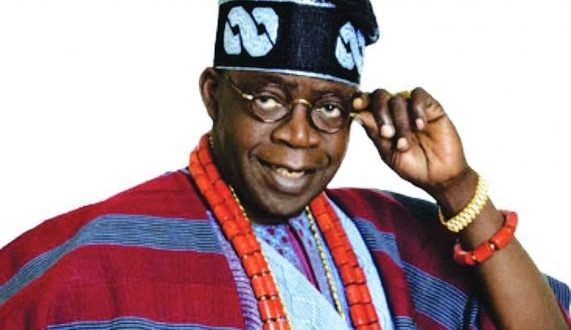 The All Progressives Congress, APC, in Lagos State has said its national leader, Asiwaju Bola Tinubu is qualified to succeed President Buhari in 2023.

According to the party said Tinubu’s commitment, resourcefulness and pedigree put him in good stead to lead Nigeria.

This was made known by newly-elected Secretary of State Party, Lanre Ogunyemi (Secretary) during a press briefing in Lagos to unveil newly elected executives.

Ogunyemi, speaking on Tinubu’s rumored presidential ambition, said the former governor has a right to aspire to be president in 2023 whether he has informed the party or not.

The Party’s secretary added that it was left to Nigerians to accept him when the time comes.

Ogunyemi said, “Tinubu has all it takes to lead this country and he has all the fundamental rights as a Nigerian to aspire.

“Whether he has briefed us or not on his aspiration, whether he is expressing any body language, whether people are against it or not, we are sure that he has everything to lead this nation.”

Governor of Kaduna state, Nasir El-Rufai days ago said the southern part should be allowed to become president in 2023 after President Muhammadu Buhari’s administration