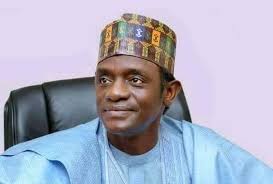 The ruling All Progressives Congress (APC) has approved the composition of a National Reconciliation Committee to be headed by Sen. Abdullahi Adamu (APC-Nasarawa).

Akpanudoedehe said that Otunba Moses Adeyemo would serve as the committee’s secretary.

The scribe said the committee would be inaugurated at a later date.

Meanwhile, the party had also fixed Oct. 2, for State Congresses across the 36