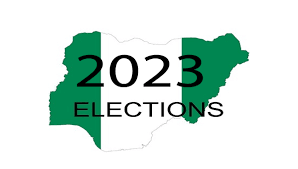 The new national woman leader of the governing All Progressives Congress (APC), Dr Betta Edu, has lauded the approval of free nomination forms for all female aspirants contesting elective positions under the ruling  party in 2023.

It will be recalled that the new leadership led by Senator Abdullahi Adamu, had approved free nomination forms for all female aspirants vying for its in 2023.

Reacting to the development in a statement, the APC National Woman Leader, Betta Edu,, expressed satisfaction and stated that the party has taken bold steps to mainstream women.

According to her, female aspirants seeking elective offices would no longer complain of funds to purchase the nomination forms,.

She thanked Adamu and other national executive members of the party for making her dream a reality.

Speaking,Abia Representative, APC Progressive Young Women Forum (APC-PYWF), Mrs Ibe Glory, expressed joy at the party’s gesture and described it as the first of its kind.

She also expressed appreciation to President Muhammadu Buhari and Adamu, for being gender-friendly.

“APC government has done so well. This has never happened anywhere before in Nigeria.

“I personally appreciate and acknowledge the following for their unalloyed support and love for women’s inclusion in decision making.

“Hon Stella Okotete, the former National Women leader, the brain behind Progressive Young Women Forum (APC PYWF), a woman who brought up the notion that young women should be given a voice in Nigeria. I appreciate her.

Previous: Why marginalization of Igbos is a well orchestrated plot- APC chieftain
Next: Why I am contesting for Senatorial seat in 2023- Akeredolu’s wife