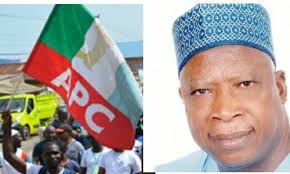 2023: Buhari will declare the fate of some Ministers – Lai

The Minister of Information and Culture Lai Mohammed has noted that  President Muhammadu Buhari would decide the fate of ministers who declared interest in elective offices but later backed out.

Speaking with newsmen after the weekly Federal Executive Council (FEC) on Wednesday, Lai said he will need to return to the President to know the fate of the ministers.

“The other question about ministers returning or not going, I think you need to give me more time so that I can tell you exactly what the situation is,” he said during the briefing.

“Right now, I need to cross-check. I need to confirm again from Mr President what the situation is. You see the final decision on who is going, who’s coming back, who’s not going lies with Mr president,” he added.

It would be recalled that President Buhari had directed members of his cabinet, who seek elective public offices in the 2023 poll to resign.