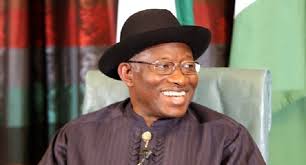 As Nigerians continue to prepare for the upcoming 2023 general elections, the former Nigerian President, Goodluck Jonathan has advised Nigerians on whom to vote for.

He warned Nigerians against voting for those who is described as Killers in the 2003 elections.

He said that there are some politicians who are so desperate that they can kill just to get to the position of power, adding that electorate should be very careful

“Those who will carry knives, guns, and all kinds of gadgets to go and kill people because of politics, are the enemies of society.

“If you kill to become a leader, you will continue to kill to remain a leader.

“The people will continue to suffer. Make sure that from the House of Assembly to the House of Representatives to Senate to governor, you vote for the right people in Akwa Ibom State,” Jonathan said.

It will it will be recalled that goodluck Jonathan was the president of Nigeria between 2010 to 2015 before he was defeated by him current president muhammadu buhari.

Previous: PDP Crisis: I am working silently behind the scenes- Saraki
Next: 2023: PFN disowns pentecostal Bishops who met with Tinubu