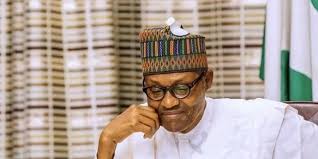 Ahead of the elections taking place in the year 2023, President Mohammadu Buhari has been told to prepare for uncertainties.

The statement was released by the Chief Imam of the State House, Sheikh Abdulwahid Sulaiman.

According to the cleric,  uncertainties would characterize the 2023 general elections.

He said this during  the tafsir which was witnessed by Buhari at the State House Mosque and was contained in a statement by the president’s spokesman, Garba Shehu.

He called on the President to ensure Nigeria’s spirited struggle and sacrifices in the last few years were not destroyed by the 2023 elections.

He lauded Buhari for his sacrifice, values of honesty, integrity, and selfless service to the nation.

He added that  the lessons associated with the month-long fast as Muslims around the world approached the end of Ramadan, winding down the intense worship characterizing the period.

Previous: List your past and present achievements- Ortom challenges Akume
Next: Presidential Ambition: I am still holding consultations- Gov Fayemi