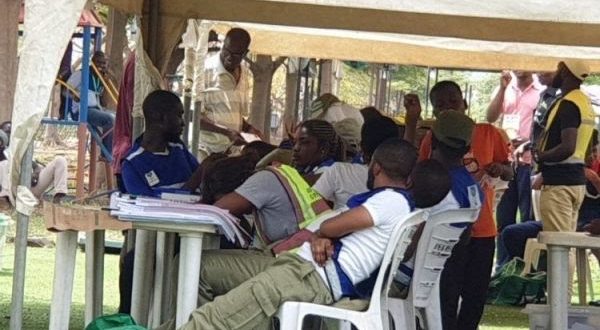 Mr Samson Itodo, Executive Director of the Youth Initiative for Advocacy, Growth and Advancement (YIAGA) Africa, has pleaded with the National Assembly to address voter apathy in the 2023 general elections.

Itodo said in roundtable –“Tackling Voter Suppression in Nigerian Elections’’ — organised by YIAGA Africa in Abuja that the roundtable was organised to beam search light on the issues of voter suppression and apathy.

He said that the ongoing electoral reform provided Nigerians an opportunity to strengthen the legal framework to prevent apathy.

“We have got a huge opportunity presented by the electoral reforms; obviously our electoral amendment needs some review.

“Our electoral amendment does not really provide safeguards for sufficient rights of voters so we are going to advance recommendations on how to improve those safeguards.

“We hope that the National Assembly, having told the public that the lawmakers are committed to electoral reforms they will do so.

“In the event they did not do so, it simply means that it has been just talk and there is no commitment to electoral reforms.

“We will give them benefit of doubt that they will adopt some of the recommendations coming from election observers and because the 2023 elections is a transitional one,’’ he said.

Itodo said that the recommendations proposed, if mainstreamed in the electoral reforms, would deepen the quality of elections in Nigeria.

“You can see the level of violence in the Bayelsa and Kogi elections; based on our data, it was obvious that 26 per cent of polling units in Bayelsa did not have elections.

“If we continue to let development of this nature pervade our electoral process, what we stand to do is to further deepen the voter apathy within our elections,’’ he said.

Prof. Anthonia Simbine, the National Commissioner, Independent National Electoral Commission (INEC) said that violence over voting and non-usage of card readers were among other things were responsible for election cancellations.

Simbine said that the claim of voters being suppressed because of their religion or ethnic affiliation was new to the commission.

She, however, said that INEC would look into it since it was currently engaging stakeholders in the electoral bill process.

She said that the commission would look for ways to ensure votes were not suppressed, adding that the issue would be raised at the national dialogue.

Prof. Charles Ukeje of Obafemi Awolowo University said that the issue of voter suppression needed to be addressed if the nation would get it right in the electoral process.

Ukeje said that there was need to deal with voter suppression from the political party.

Previous: Kwankwaso to Ganduje’s govt: You lied, I did not query Sanusi
Next: Senate plans to stop high courts from handling election matters