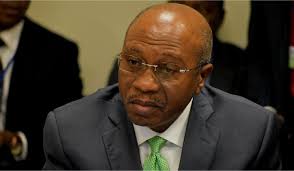 2023: Emefiele should be arrested, prosecuted without delay- PDP

The major difference, the Peoples Democratic Party (PDP), in a press conference in Abuja, said Emefiele should be arrested and prosecuted immediately for alleged abuse of office and financial impropriety.

The call was made on behalf of the party by itsNational Publicity Secretary, Debo Ologunagba, who addressed reporters.

According to him,  Emefiele could not continue in office as CBN governor, arguing that his involvement in politics without resigning as CBN governor amounted to gross misconduct under Section 11 2 (2)(c) of the CBN Act. 2007.

He said that Section 9 of the Act provides that the CBN Governor and the Deputy Governors shall devote the whole of their time to the service of the bank, and while holding office, shall not engage in any full or part-time employment or vocation, whether remunerated or not.

Ologunagba said: “This provision is clear in demanding that 100 per cent of the time and expertise of the CBN Governor and Deputy Governors shall be dedicated to the service of the CBN. This is because the CBN is critical to the integrity and stability of our economy.

“Furthermore, Section 030422 of the Public Service Rule states that no public officer shall (a) “hold any office, paid or unpaid, permanent or temporary, in any political organisation”, (b) offer himself/herself or nominate anyone else as a candidate for any elective public office…”, (c) “indicate publicly his support of or opposition to any party, candidate or policy and (d) “engage in canvassing in support of political candidates” unless such officer resigns his appointment.

“Now that Mr. Emefiele has joined politics and reportedly obtained the N100 million presidential aspirant form from the APC, he cannot continue to resume at the CBN, which is the commonwealth of our nation.

“By this, Mr. Emefiele has become a clear and present danger to the health, integrity and reputation of the CBN and our nation’s financial sector.

“His continued stay as CBN Governor will further destroy investors’ confidence in the integrity of our nation’s financial regulatory Institution.”

He added: “It is now evident that the summersault of the economy under Mr. Emefiele as CBN Governor has been influenced by a personal partisan interest for which the CBN under his watch allegedly allowed multiple leakages in our financial regulations through discriminatory exchange rate policies and nebulous subsidies to funnel billions of naira to political lackeys to fund a presidential ambition.

“This also explains why under Emefiele, the CBN, which is supposed to be the bankers’ bank, continues to engage in fraudulent retail banking services under ill-defined economic intervention programmes to plunder the treasury.

“The Tsunamic macro-economic and fiscal policies of the CBN under Emefiele brought untold hardship to the productive and service sectors of our nation’s economy with consequential negative effect on the lives of our citizens.

“It is provocative that instead of being remorseful, Mr. Emefiele is even insulting the sensibilities of Nigerians by seeking the office of the President while still holding office as CBN Governor.”