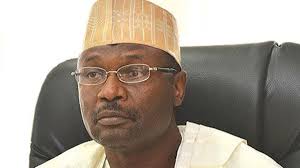 The chairman, Independent National Electoral Commission (INEC), Prof Mahmood Yakubu has given the assurance that the much talked about 2023 general election would be used to set standard.

The INEC boss promised that the 2023 poll would be unique if compared to all previous elections in terms of preparations and readiness.

The Commission’s boss however warned the officials to ensure that all the directives must be adhered to strictly.

“You will recall that the expansion of voters’ access to Polling Units and the resumption of the Continuous Voter Registration (CVR) were among the issues discussed at our last meeting held a little over one month ago.
“Today, we will, among other issues, review the engagements with stakeholders on the proposed expansion of voters’ access to Polling Units so far as well as our preparations for the commencement of the Continuous Registration of Voters (CVR).

“The two activities are inter-related. Our plan is to conclude the ongoing consultations and the actual work on the Polling Units in earnest so that the new locations will be made public for eligible registrants to choose where they wish to register and vote on Election Day.

“Furthermore, those who wish to replace their lost or damaged Permanent Voters’ Cards (PVCs), as well as those who are already registered but who may wish to apply for transfer of their registration from one location to another, will be able to do so as provided by law.

“As you are also aware, the Commission is committed to deepening the culture of planning for elections. The current five-year plan covering the period 2017-2021 expires this year. For this reason, a Committee involving the participation of some Resident Electoral Commissioners (RECs) was inaugurated a few weeks ago to review the Strategic Plan (SP) and the Strategic Programme of Action (SPA) to cover the next cycle of five years from 2022-2026.

“The Committee is making good progress. Its report should be submitted by the end of this month to enable the Commission engage stakeholders for its validation and subsequent implementation.

“I want to assure Nigerians that this will be accomplished long before the expiry of the current plan at the end of this year.

“As we continue to plan for the next general election, the RECs have been directed to compile and submit an inventory of all election materials in order to determine shortfalls and take early steps to ensure their adequacy and availability.
“Only a few States are still outstanding. I wish to remind the States that are yet to make their submissions to do so by the end of this week. This will enable us to address some of the logistics issues that have become a recurring decimal in the conduct of elections in the past.

The 2023 general election must be different from all previous elections in terms of our preparations and readiness.

“I wish to commend the RECs and staff of the Commission for ensuring that the two elections conducted this year continue to meet the standard for credible elections. Here I am referring to the Magama/Rijau Federal Constituency re-run election and the Kafin Hausa State Constituency bye-election in Niger and Jigawa States respectively.

“We should, in fact strive to do even better in the forthcoming Ekiti East State Constituency 1 bye-election scheduled for March 20, 2021 to be followed a week later by the Aba North/Aba South Federal Constituency bye-election in Abia State holding on March 27, 2021.