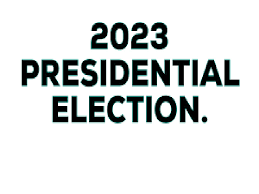 A group known as Ndigbo United Forum (NUF) has warned against denying the southeast region the chance to produce President in 2023.

It also called on  major political parties in Nigeria to zone their presidential tickets to the southeast in the interest of justice and equity.

In a statement made available to newsmen on Monday, by its Board of Trustees Chairman, Chief Chinedu Mba, the NUF kicked against move by the Peoples Democratic Party (PDP) to retain the position of her National chairmanship to southern Nigeria, and also, return its presidential ticket to Northern Nigeria.

According to the Igbo socio-political organization, “We can understand the dynamics of politics, but when political scheming tends to disregard the respect for sound Morals, it becomes a social monster that should be frowned upon. There must be limit to everything, even in politics. When politicians subscribe to a political resolution that is exploitative of their origin and roots, it renders such politicians as anathema to their people.

“PDP as is presently constituted, is a Southern dominated political party. Hence, her resolutions are supposed to mirror the resolutions of the Southern Governors Forum of May 11 in Asaba, July 5 in Lagos and September 16 in Enugu, wherein 2023 southern presidency was affirmed and re-affirmed. PDP coming up with a contrary resolution, will directly amount to betrayal, backstabbing and outright hypocrisy.

“For the fact that PDP is not the ruling party, it becomes abundantly clear that it is the Governors that call the shot. How then would the same Governors be saying one thing in the Southern Governors forum, and be acting the exact opposite in their political party? It is mind boggling”.

The NUF vowed that anything outside the demands is unacceptable for the entirety of all lovers of justice and equity across Nigeria, particularly in the southeast region.

The group further stressed in the statement, “We would not like it, if Governor Dave Umahi’s claim is to be proven accurate, that the Peoples Democratic Party does not regard the southeast region, despite her unprecedented faithfulness to the party. No region in Nigeria has been as faithful and loyal to PDP, like the southeast.

“The NUF would want Peoples Democratic Party to prove Governor Umahi wrong, by doing what is Morally right, and politically expedient. We call on APC, PDP, YPP, AA etc, to zone their presidential tickets to southeast Nigeria. It is a call that is firmly anchored on the transcendental principle of moral justice and fairness, “it concluded.