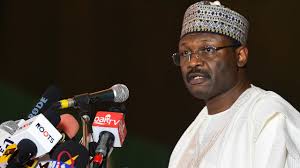 The session was organised the by Joint National Assembly Committee on INEC,  to create additional pooling units ahead of 2023 elections.

According to him, the last time polling units was created was 24 years ago, 1996 precisely.

He said: “We need to expand access of voters to pooling units. The last time pooling units were created was in 1996.”

It was observed that one of the key stakeholder for the conference, the Attorney General of Federation (AGF) and Minister of Justice, Mr. Abubakar Malami, did not show up