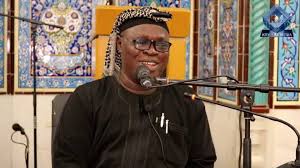 2023: It is not yet time for a Christian President- MURIC

An Islamic group known as Muslim Rights Concern (MURIC), has told the Christian Association of Nigeria, CAN, that it is not yet time for a Christian to be the President of Nigeria.

According to the group, it is doing the calculation  from the time Nigeria began civil rule in 1999 to drive home its argument.

The statement comes after a CAN called for a Christian president for Nigeria by 2023.

Speaking in a statement on Monday, its Director Professor Ishaq Akintola, said while it is not opposed to the idea of a Christian president for Nigeria, CAN must wait for its turn.

“We believe that it is not yet the turn of a Christian to be the President of Nigeria if we want to go by mathematical exactitude from the time Nigeria began civil rule in 1999,” the group added.

“Meanwhile Alhaji Musa Yaradua, a Muslim, spent three (3) years as president and the incumbent, President Muhammadu Buhari, will be completing his eighth year in office by the good Grace of Allah on 29th May, 2023. By simple arithmetic, this will bring the total spent by the two Muslim presidents to eleven (11) years.

“Muslims will be shortchanged by two or four years if a Christian becomes president in 2023. The ideal thing is to allow another Muslim to spend only one term from 2023 to 2027. There will be no doubt about who takes the reins of power from 2007 because a Christian must be installed as president at that time. All controversies would have been removed but there is controversy now.

“For the avoidance of doubts, we reiterate our readiness to accept a Christian as president but it must be at the right time. It will be unfair to install a Christian president in 2023 when Muslims still have a shortfall of two or four years. It is the group that has a two-year or four-year shortfall that should be given the chance for a make-up, not the group that has a two-year advantage.

“We advise CAN to wait for its own time and to stop heating up the polity with untimely demands. CAN should also take a retrospective look at its attitude towards the incumbent since 2015 when a Christian president left the stage. Nigerians are already comparing CAN’s weekly visits to Aso Rock in the days of Jonathan, a Christian president, to turn on the tap of gold and its extremely hostile stance to the incumbent, a Muslim president, since 2015. We really sympathise with CAN but facts are sacred. Figures and dates are sacrosanct

Previous: LG Poll: Outcry as Ogun reportedly refuses to set up election tribunal
Next: Jega to Nigerians: PDP, APC have failed, don’t vote for them again