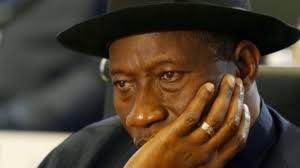 Former President Goodluck Jonathan has rejected the nomination and expression of interest forms that a northern group bought for him on Monday evening.

Politico.ng had reported how the group acquired the forms in Abuja- yesterday.

Some Nigerians were taken aback by the development.

However, reacting, the former President said he doesn’t know those groups

“The Attention of the Office of former President Goodluck Jonathan, has been drawn to the purported purchase of the Presidential Nomination and Expression of Interest form, of the All Progressives Congress APC, in his name, by a group named “FULANI GROUP “

“We wish to inform the General Public, particularly Nigerians, that Dr. Goodluck Jonathan has no knowledge whatsoever of the personalities behind the purported purchase of the form, in his name, not have any relationship with the association.

“It should be noted, that as at the moment, Dr Goodluck Jonathan is not a member of the APC and therefore could not have accepted such gesture, from those behind the move.

“While we appreciate the overwhelming request by cross-section of Nigerians, for Dr Jonathan to make himself available for the 2023 Presidential election, we wish to state, that he has not in anyway, committed himself to this request, even though some of them, considered patriotic.

“The general public is hereby urged, to disregard the action of the group, as it has no consent nor approval from Dr Goodluck Jonathan