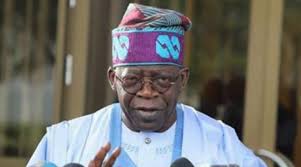 Traditional rulers within the Badagry Division have thrown their weight behind the All Progressives Congress (APC) leader, Bola Tinubu for the 2023 presidency.

They said that Tinubu, a former Lagos Governor, as the best candidate to succeed President Muhammadu Buhari.

They made the pronouncement at a town hall meeting organised by the South West Agenda (SWAGA’23) on Sunday.

He said that the Buhari administration will end in May 2023 and it will be fair that the presidency is zoned to South-West.

“It is widely known that Bola Ahmed Tinubu’s philanthropic gestures is second to none. He equally fought for Nigeria’s democracy and performed brilliantly as a governor.

“I want to categorically submit that Tinubu’s case has gone beyond Lagos as most political parties have endorsed him in Ogun, Oyo, Osun, Ekiti, and Ondo States,” Adeyeye said.