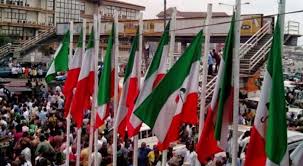 The main opposition the Peoples Democratic Party, PDP, Youth Frontier has revealed that the region it supports to produce Nigeria’s next president.

The statement was made by Austin Okai, the National Coordinator of the PDP youth wing,

Speaking to newsmen, he said that the North would produce Nigeria’s next president.

Okai explained that the North still has an outstanding tenure due to the death of former president Umaru Yar’Adua.

He noted that former President Goodluck Jonathan’s tenure should have gone to the North.

According to Okai, Jonathan’s insistence to contest the 2015 election led to PDP’s defeat.

Okai said: “The next president is coming from the North, Yar’Adua’s tenure is still remaining.

“Jonathan came from the Southsouth to rule, and that was why we lost the 2015 election because the North insisted on completing their term, but Jonathan insisted on contesting.

“Jonathan’s insistence made the Northerners vote for APC.

“So, Jonathan from the Southsouth did six years, and the North is still having one term remaining. This is what we are canvassing on.”