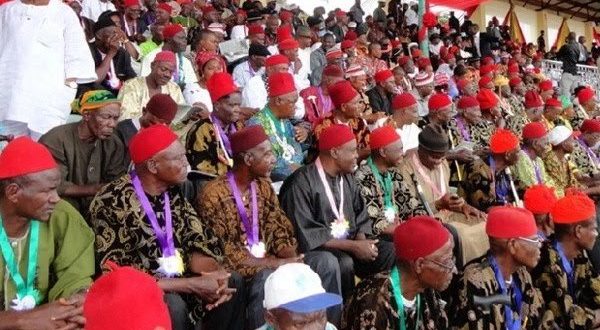 OYC, in a statement signed by the President General, Mazi Okechukwu Isiguzoro and Secretary, Mazi Okwu Nnabuike and obtained by newsmen on Sunday in Umuahia, further stated that Igbos will favour the North and other parts of the country because Igbos are in all the 774 local councils in the country.

It berated the statement by the Arewa Youths president, Comrade Yerima Shettima, in a recent interview as a hate speech.

According to Ohanaeze youths, promoting ethnic domination by saying a Northerner will succeed President Muhammadu Buhari in 2023 will fuel ethnic crisis, instability, political crisis and corruption in governance.

The statement reads in part: “In a secular nation like ours, pursuing obviously unnatural and unhealthy agenda will threaten the unity of the country, and we urge ACYF President to tread cautiously with his promotion of a Northerner succeeding Buhari in 2023. Nigeria needs a radical departure and we want to try Igbo ingenuity and entrepreneurial spirit, indomitable vigour in governance in 2023.

“Ohanaeze Ndigbo Youth Council Worldwide will engage all ethnic nationality groups on consultative meetings including Arewa Consultative Youths Forum, from January 2020 regarding the 2023 Igbo Presidency project, and other mutual issues, dialogue and building bridges across the Niger remains the potent force to engage each other through moral persuasion and building alliances across the country.”