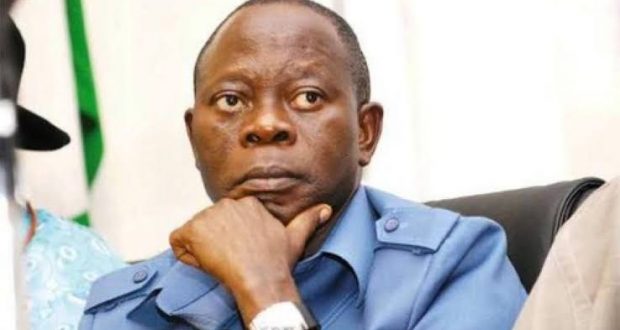 A former National Chairman of the All Progressive Congress, APC, Comrade Adams Oshiomhole, has joined the Edo North Senatorial race ahead of the 2023 general elections.

Oshiomhole, who served the state fro two tenure, made his intention known on Monday his 70th birthday party at Iyamoh.

Recall that APC leaders from the 10 wards of Akoko-Edo Local Government Area of the State, had called on the people if the senatorial district to persuade the former governor to run for the seat.

A former Executive Director, Oil and Gas and a Chieftain of the ruling APC, Vitalis Eshokene had also called on Oshiomhole to represent the Edo North

Etsako East Local Government Area of Edo State, Vitalis Eshokene had called on Oshiomhole to consider representing the Edo North Senatorial District at the upper chamber through the coming election