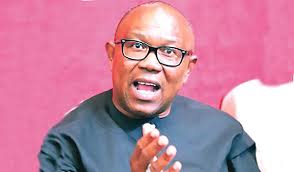 2023: Peter Obi fires back at Wike over criticism

Ex-Governor of Anambra State and a 2023 presidential aspirant, Peter Obi, has responded to the Governor of Rivers State, Nyesom Wike over the scathing statement he made.

Wike had  questioned his integrity after he (Obi) decided to leave the Peoples Democratic Party, PDP.

Peter Obi had on Wednesday said recent developments within the PDP made it practically impossible for him to continue participating and making constructive contributions.

He resigned from the main opposition party and later joined the Labour Party.

Reacting, Wike told Channels Television that the former Anambra State Governor lacks integrity and that he left PDP because he knew he would not win the presidential ticket.

Appearing on Channels Television on Friday evening, Obi was asked to respond to the claims put forward by Wike and the former Vice presidential candidate, said, “Wike mentioned the issue of integrity. He said that my leaving questioned my integrity. I don’t know how that one came about.

“But I think when you talk about integrity, you talk about the management of public resources. That is what we should be talking about in this country. And when such things are mentioned about me, I feel something is missing somehow.

“The number 3 item was that I was saving money without the authority of the House. From [my] day one[in office], we started saving money and went through the eight years that I was governor.

“Go and ask any contractor that served with me, to talk about what I’m entitled to, inflated any contract, any supplier, anybody. And when I left office, I left behind $500m at that time because it was public money. I was managing public trust.

“So for me, when you talk about integrity it questions your management of public trust and resources. Go to Anambra today, I have no land given to me by the State government.

“My managing Director of my Housing Authority, Mike Nwafor, gave me land and two houses and I told him, ‘I’m not entitled to it’. Nobody has ever seen me, in my political life, sharing money,” Obi said.