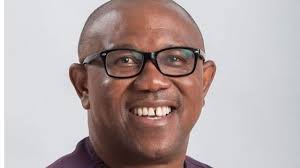 Ed-Anambra State Governor, Peter Obi has called for decorum as the 2023 political season hots up.

According to him, he observed that some of his supporters were engaging in condemnation of other aspirants and candidates.

He urged them to  imbibe the spirit of sportsmanship and avoid name-calling or personal attacks.

“The common goal is to make Nigeria better. Elections are a democratic contest and need not be adversarial”, he tweeted.

Obi, however, thanked his admirers for their support, “which I sincerely value and appreciate”

Recall that on Saturday, Atiku polled a total of 371 votes to defeat his closest rival, Governor Nyesom Wike of Rivers State who had 237 votes.

Reacting, Peter Obi, on his Twitter page, prayed that God will bless Atiku.

He wrote, “On behalf of my family, I sincerely congratulate my leader and dear elder brother, H.E @atiku, on his emergence as the 2023 presidential flag bearer of the @OfficialPDPNig