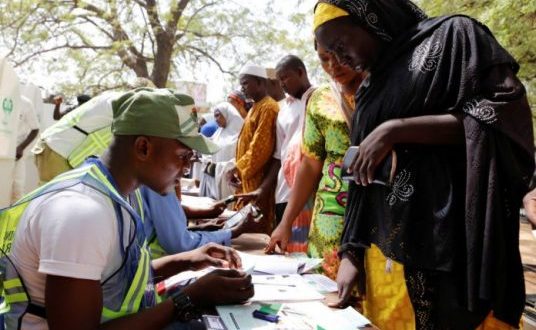 2023: Politicking at this period premarure, bad signal for Nigeria- Don

Prof. Jonah Onuoha, the Head of Political Science Department, University of Nigeria, Nsukka, has described the current campaign by political office holders ahead of 2023 as premature and bad omen for the nation’s democracy.

Speaking in an interview with newsmen in Nsukka on Friday, Onuoha also described the trend as an unhealthy development.

He, therefore, urged politicians, “who are preoccupied with who will become president and governor in 2023, to exercise restraint.”

He said that the trend could prevent those elected by Nigerians to give democracy dividends to the people, if not checked

Onuoha said: “It is bad omen for democracy in the country that those elected in 2019 general elections, instead of being preoccupied with how to deliver democracy dividends, are wasting time and energy on who occupies Aso Rock and state Government House in 2023.

“It is not good for the country’s democracy that we are in 2020 but politics of 2023 is dominating many political discussions and meetings.

“Does it mean that those elected have forgotten their campaign promises to their people or have nothing to offer?”

The don urged Nigerians to take note of politicians who already have started playing politics of 2023 now and ensure such persons were rejected in 2023.

“A politician who is thinking of next election now, instead of how to deliver good governance to his people, is a political liability and should be rejected in 2023 by Nigerians.

Onuoha advised politicians in the country to know that only quality achievements could determine if they would be re-elected in 2023, saying that Nigerians had become wiser.

“A good politician should know that making noise about 2023 would not win election for him but good service and empowerment he attracted to his people,” he said.

He urged the leadership of the various political parties to call their members involved in premature politicking to order.