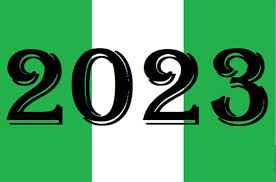 2023: Politics should not be do or die affairs- Abia Speaker

Abia State House of Assembly Speaker, Chinedum Enyinnaya Orji, has urged politicians in the state to exercise restraints in their utterances and actions and work together for peace and political stability.

He spoke while receiving a delegation of Ikwuano/Umuahia political stakeholders who visited him at his Umuahia residence to present him with Expression of Interest and Nomination forms for the Federal House of Representatives.

The Speaker, who described the delegation as men and women of peace, expressed the need for leaders and politicians to conduct themselves in a manner that will not throw the state into confusion ahead of the 2023 elections.

He expressed gratitude to the stakeholders for finding him worthy of such a kind gesture even though he had resolved to rest from politics for now.

He promised he was going to revert to them shortly after reflecting on the issue and consulting, particularly with the youths who had also earlier thronged his residence demanding he enters the governorship race.

The Speaker said this was important so everyone would feel carried along in whatever decision he finally arrives at.

Presenting the Expression of Interest and Nomination forms to the Speaker earlier, one of the leaders of the delegation, Pastor Emeka Inyama, said although Orji was eminently qualified to vie for the office of Governor as the youths rightly demanded, the Ikwuano/Umuahia Stakeholders have come to urge him to contest for the Federal House of Representatives “to continue speaking for us having done very well as both a Lawmaker and Speaker”.

Inyama reeled out some of the achievements of the Speaker including the remodelling of the Abia State House of Assembly Complex to a ‘mini-London’, the construction of several mini Stadiums across three local government areas, the substantial empowerment of youths across the state, the stability he has brought to the State Assembly and the support and cooperation given to the Governor and the Executive Arm of Government among others.

He, therefore, urged the Speaker to accept their clarion call to run for House of Representatives.

On his part, the member representing Umuahia South State Constituency at the Abia State House of Assembly, and a member of the stakeholders’ forum, Jerry Uzosike, had urged the Speaker to strongly consider their request as he remains undoubtedly qualified to vie for any office in the land.

Other stakeholders present at the presentation ceremony are a founding member of PDP in the state, Chief Charles Ogbonnaya (Evuleogu), Executive Chairman of Umuahia North LGA, Ugochukwu Njikonye, a former Commissioner for Lands & Survey in the State, Suleiman Ukandu, a former Commissioner of Public Utilities, Chief Emma Nwabuko, a chieftain of the PDP, Chief Mrs Ngozi Oji, immediate past Transition Council Chairman of Umuahia North LGA, Chief Lucky Akabuike, among others.