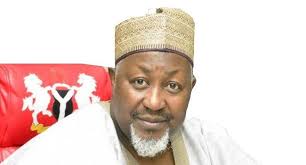 Amidst the calls for power shift to the South in 2023, Jigawa State governor, Muhammad Badaru Abubakar has joined other interested presidential aspirants to contest for presidency.

He wants to contest under the platform of the ruling All Progressives Congress (APC).

It was learnt that he has also acquired the N100 million nomination form.

The Governor, during an APC stakeholders meeting held at Government House Dutse on Tuesday evening, reportedly said “I will join the Presidential race since everyone knows I’m a highly qualified person to do the job”.

The Governor was also said to have told the gathering during the meeting that he was pressurized to contest for the presidential seat by his colleagues.

It was gathered that the decision of the Governor to contest for the presidential se2at might be because in case southerners pick their candidate from PDP it will pave way for the APC candidate.

Sankara further explained that his boss has the know-how to continue where Buhari stopped.