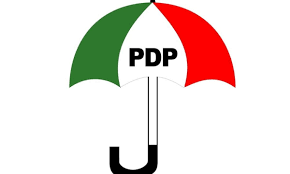 2023 Presidency: Atiku, others shift lobby to PDP BoT and NEC

Following reports that the Governor Samuel Ortom Committee had recommended that the Peoples Democratic Party (PDP) should not zone the presidency in 2023, the presidential gladiators in the party have shifted lobby to the party’s National Executive Committee (NEC) and the Board of Trustees (BoT).

The two bodies are the highest organs of the party, and whatever they decide on the issue of zoning is final.

The organs are likely to meet any moment from now to consider the report of the Ortom committee, The Nation reports.

It was gathered that that the three camps that have emerged among the presidential aspirants are piling pressure on members of the NEC and BOT to decide in their favour,

The third group led by Wike and many other Southern governors of the party are lobbying the two organs to zone the presidency to the South since the North has produced the national chairman in the person of Dr. Iyorchia Ayu from Benue State.

“The aspirants and their field men are in Abuja reaching out to anybody that matters in the PDP on this issue,” a source told our reporter last night.

“The arguments of the campaigners range from the need to present a marketable candidate that can lead the party to victory to avoid another four years in political wilderness, to the need for fairness, equity, justice and inclusiveness. It’s going to be a tough one for the party,” the source said.

Atiku, who has not been a party to the several meetings called by the pro-consensus forces over the last few weeks, is understood to have made up his mind to test his popularity at the PDP presidential primary election next month.

An Atiku ally and governorship aspirant in one of the South West states said the camp of the former vice president would back him all the way in the agitation for the party to conduct a primary election to pick its presidential flag bearer.

“We are undeterred. We have resolved to wait for the party’s decision,” the source said.

Emerging from one of the recent meetings by Saraki, Tambuwal and Bala Mohammed in Bauchi, the former governor of Kwara State said the three of them had resolved to pick a consensus aspirant among them.

He said: “We came here and had a meeting for about two hours. All the three of us that have shown interest in leading this country, our concern is for the hardship our people are going through, the high cost of living and also looking ahead towards 2023.

“In doing so, we met and discussed that with 2023 ahead of us and in trying to rescue this country, the unity, stability and growth of the country are more important than individual ambitions.

“We believe that if the three of us are working together honestly, committed and with a lot of zeal for this country, there will be great hope for this country going forward.”

While emphasising that the three of them could not do the work alone because of its enormity, Saraki said it was for that reason that they had decided to carry all stakeholders in the party along.

“To do that, we must also carry along key stakeholders of the party,” he said.

A close ally of Atiku said associates of the ex-vice president had warned him to beware of the consensus arrangement.

His words: “As politicians, we are wary of the arrangement and the motives behind it. Yes, we have had to discuss the development and our position is that it is not something we will want our principal to be a part of.

“Have you seen us talk about it anywhere? No. I am not even supposed to talk about it with you. This is because Atiku will not be party to any plan to exclude anyone from the presidential race. Moreover, all serious aspirants have already obtained the nomination form.

“Efforts have been made to drag us into the discussion about consensus candidate from the north and we have not hidden the fact that we would rather contest in an open race.

“We must not do anything that will further fragment the party with the confusion occasioned by the zoning arguments. If the talk is about consensus generally and not northern consensus, maybe.”

No fewer than three meetings have been held by the pro-consensus aspirants in the north to discuss the possibility and modality of producing a consensus northern candidate.

Previous: We will take power from APC in 2023- ADC vows
Next: Why I have decided to contest for 2023 Presidency- Tunde Bakare