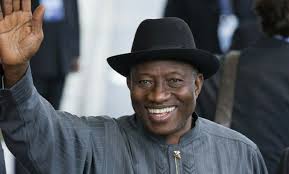 As the race for the 2023 general elections is getting more dramatic,a Federal High Court in Yenagoa, the Bayelsa State capital, has cleared former President Goodluck Jonathan for the 2023 Presidential contest..

It was reported that the Ijaw-born former President was recently linked with the All Progressives Congress (APC) presidential race following the reported purchase of N100 million form on his behalf by a Fulani group.

It should also be noted that here have been different positions on his eligibility for the 2023 presidential election.

However, a new dimension cropped up on on Friday as the he court held that Jonathan, who lost the 2015 election to President Muhammadu Buhari, could still vie for the highest political office in the country.

In his ruling, the  presiding judge, Justice Isa Hamma Dashen, who gave the judgement on Friday, also held that Jonathan’s right to contest for the office of president in 2023 cannot be stopped by any retroactive law.

In an originating summons filed by Andy Solomon and Idibiye Abraham, the plaintiffs sought an order of the court stating that Jonathan is not affected by the fourth alteration to the constitution barring Vice-Presidents who succeed their principals from serving more than one full term.

In the suit, the ruling party,APC, Jonathan and the Independent National Electoral Commission are listed as defendants in the suit marked FHC/YNG/CS/86/2022 which is before Justice Isa Dashen.