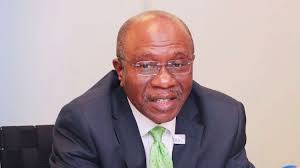 People Democratic Party Governors have accused the Governor of the Central Bank of Nigeria, CBN, Mr. Godwin Emefiele, of using billions of Naira of public funds for his 2023 presidential campaign.

The accusation was made by the Director-General of the PDP Governors Forum, Hon. C.I.D. Maduabu on behalf of the Governors.

The Governors from the main opposition also alleged that the CBN governor is showing lukewarm attitudes toward the crashing of Naira.

The Governors accused President Buhari’s government of watching the CBN governor who, according to them, he is campaigning with huge public funds.

According to the Governors, a person occupying such a sensitive office should not be involved in partisan politics by running for the presidency.

“How can there be a plan when the CBN Governor, Mr. Godwin Emefiele, is openly running for the office of President, spending billions in television and newspaper advertisement and other costly engagements.

“This is being done under the nose of Mr President. There can be no better evidence of government adrift, unconcerned and rudderless. Without care about how the economy runs. The sheer arrogance of being in such a sensitive office and running for President is quite outstanding.”