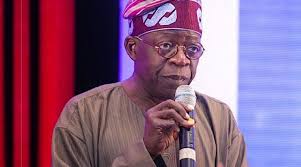 According to him, Tinubu should “draw more closer” to God because has good things in stock for him.

Speaking during a press conference in his church over the weekend, the Prophet said all those attacking the APC National Leader would be “shaken away” if he drew closer to God.

He urged the former Lagos State governor to go closer to God for the sake of long life and good health.

He said: “God revealed to me that Bola Tinubu needs to pray more. It’s not that God can’t be on his side, but he needs to come closer to him than before so that all those attacking him will be shaken away, and particularly to grant him long life and take away illness from him.

“God told me that Tinubu needs to move closer to him than before and take himself away from whatever the devil is using against his life. This revelation is not working against him but to make Tinubu know that God is still on his side.

“There is nobody that repents that God will not look unto. No evil will work against him because the plan of God can’t change; God knows where he is taking him to.