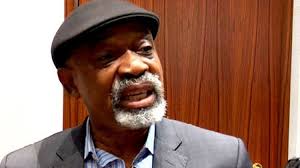 2023 Presidency: I have consulted widely, I will soon reveal my plan- Ngige

A top chieftain of the ruling All Progressive Congress APC and the  Minister of Labour and Employment, Chris Ngige, says he will soon announce his decision on whether to run for the 2023 presidency or not.

The Minister said that he used the season of lent to commune with God, and he spoke back to him.

Addressing  his followers in Awka, Anambra State on Saturday, the minister said he has consulted widely and would soon reveal his decision.

According to him, he would disclose his position on running for the Presidency or not on Tuesday or Wednesday.

Ngige said: “I want to assure you that the period of lent we ended it last night.

“And during this period, we communed with God; we did our fasting; we talked to God and the angels and God spoke back to us. God has spoken to me.

“I want to assure you that I will also not disappoint you.”

He added that that he would speak in a language his followers would understand.

He said: “It will be very soon — either Tuesday or Wednesday before I go back to Abuja.”

It will be recalled that recently, Ngige said he would reveal his presidential intention during the Easter period.

Previous: 2023 Presidency: I won’t leave PDP even if they deny me ticket- Wike
Next: Zamfara: Ex-GovernorYari, others formally dump APC for PDP