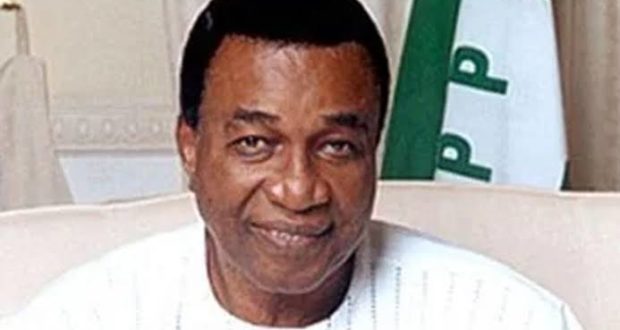 2023 Presidency: It’s too early for politicians to start fighting over which region is next- Nwobodo

A former Governor of Old Anambra State, Jim Nwobodo, has disclosed that it is too early for politicians to start fighting over which region produces the president in 2023.

Nwobodo, who governed old Anambra State during the Second Republic, said politicians should allow the President Muhammadu Buhari government to settle down and focus on governance, Daily Post reports.

The former governor spoke in Abuja on Tuesday at the public presentation of two books “A scientist in parliament and Stunted Nigerian dreams” written by a former member of the House of Representatives, Dr. Eddie Mbadiwe.

The politician noted that it is the people that will decide which region will produce the next president.

“This government has just started. It has not even done up to one year and we are talking of 2023. Pray to God that this man succeeds. You don’t start fighting over something that you have no powers to adjudicate. The people will decide when the time comes.

“It is too early. Some of these things are frivolous, you don’t just start fighting for something you know is neither here nor there.

“Some of the people who came here were my school mates at the university of Ibadan. I contest an election in Ibadan and won as one Nigeria. Are we still one Nigeria? I am asking you press men. We are so divided.

“Trust me, I weep for this country, I really weep and I know what I am saying. This is not the country that we fought for, that we suffered for and you have a role as the press to talk about the unity and oneness of this country – fairness, equity to everybody.”