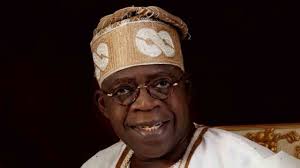 Some members of the Tinubu Support Group (TSG) yesterday picked his expression of interest and nomination forms for the National Leader ahead of the May 30 APC Presidential primary.

The delegation were led by fomer Secretary to the Government of the Federation (SGF) Babachir Lawal and Hon. James Faleke to the International Conference Centre in Abuja to pick the forms.

Speaking with journalists after picking the forms, the former SGF said the APC National Leader was more prepared for the assignment than any of the other aspirants.

“Nigeria under Tinubu will be better off economically,” he said.

The former SSG  described Tinubu as the brand to beat at the party primary and in the 2023 general elections.

On Tinubu’s chances, Lawal said: “If we were not sure we have chances to win this election, we would not waste our N100 million. Everybody is free to buy the forms if he has N100 million. The choice is his. He has the money.

“But as far as we are concerned, we are only fulfilling the constitutional requirement of campaigning and going for election. We don’t foresee any opposition in the contest.”

He did not see the large number of presidential aspirants as a problem, saying: “We are not worried in our camp. I am not worried as a person.”

“He is a man who rewards loyalty, who ensures that people who work are also taken care of. He will ensure that employment opportunities are better off; the issue of strikes will be a thing of the past.