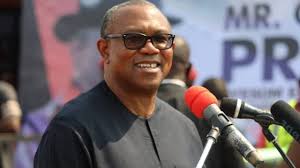 The two bodies made the declaration in separate addresses on Tuesday in Abuja.

Speaking during the 10th Memorial Lecture in honour late Pascal Bafya, NLC President, Mr Ayuba Wabba, said NLC is solidly behind Obi and will mobilise to ensure the victory of the Labour Party in 2023 general elections.

According to him, labour must dive fully into politics and fully support candidates whose mantra will make life better for their members and Nigerians at large.

Lending his own voice, TUC President, Mr Quadri Olaleye, on  said that “Obi is a face among the presidential candidates that all labour unions are pleased and are ready to work with.”

He added that the former Governor of Anambra State is having the backing of  the entire labour movement, adding that they would massively vote for him  in the 2023 presidential elections.

”The Labour Party is stronger, one and formidable and the party has a widespread structure, as there is a worker and a members of either TUC and NLC in every family across Nigeria.”