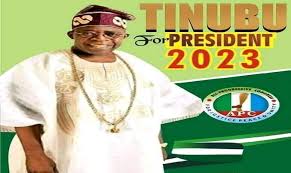 As speculations continue to increase over the possible declaration of the National Leader of the All Progressive Congress (APC) Asiwaju Bola Tinubu for the 2023 presidency. the north seems divided over his chance of taking over from Buhari in 2023.

It should be noted that a pro-Tinubu group known as South West Agenda (SWAGA2023) has been engaging in intensive activities to mobilize support for the ex-Governor of Lagos State.

According to the analysis of politico.ng, there are five blocks in the north with different opinions on who should become the President in 2023.

THE FIRST BLOCK
This is the group that believe that power should go to the South East in 2023. These groups are few, but their thinking is that this should happen for the sake of peace, security, and fairplay. But the major challenge is the ability to get the right person that will be sellable to the entire Nigerian population.

THE SECOND BLOCK
These groups of people are the ones rooting for the former President, Goodluck Jonathan. They are backing the ex-President because he did the transition peacefully in 2025 and did not challenge the election in court. They believe that since he left the presidency in 2015, he has been working hand in hand with President Mohammadu Buhari. They think that allowing him to continue his second term will benefit the north.

But the opposition to this idea is that the former President created the problem himself because after completing Umar Muss Yaradua’s tenure, he shouldn’t have contested. It will be recalled that Jonathan contested in the 2011 general elections and later won. From there, the issue of rotation has been in disarray and the consequence is what we are getting now. So, the opposition to this idea believes that the major architect of this confusion cannot be a beneficiary of the same system.

Those who oppose the idea claim that as number two citizen, he presided over an unimaginable wanton killing of Christians.They believe that the learned lawyer is a pretender, thinking that his true self will come out if he gets power. They are of the opinion that his supposed loyalty is to obtain tickets. Also, one of his major offences that the north will not forget was the sudden sack of the former Director General of DSS, Lawal Daura. They are thus afraid that he may turn out to be a rash and stubborn person.

This is the group that believes that power should remain in the north. This group believes that the south has become anti-north, and they believe that the north should continue to rule until things have become normalized. This group is of the opinion that thorny issues such as open grazing, Value Added Tax (VAT), and restructuring should be sorted out, believing that if this is not done, the likelihood of Nigeria breaking up is high. They believe that no candidate in the south for now can hold the center strong.

This is the group rooting for the candidacy of Tinubu. They believe that the north should reciprocate what the former Lagos State Governor has done by standing behind their son, Buhari, in two election campaigns. They are citing his critical roles in ensuring the success of Buhari in the two elections in 2025 and 2019. They said that the efforts of Tinubu should not be repaid with bad results. This group believes that he has the credentials and capabilities to pool  Nigeria out of the woods. They like him for his talent hunting in recruiting outstanding people into government positions who have performed well in their roles. This group is of the thought that the ruling party APC should not be seen like the People’s Democratic Party (PDP), known for its use and dump syndrome that led to their downfall. They said the ruling party should not go down this path.

According to our analysis, one of these groups will prevail. Whichever group prevails, we hope it is for the betterment of Nigeria.