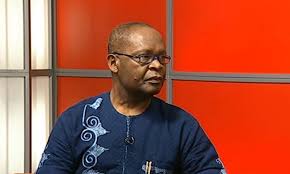 2023 Presidency: North should forget the plan of producing next President- Joe Igbokwe

The Special Adviser to Governor Babajide Sanwo-Olu of Lagos State on Drainage and Water Resources, Joe Igbokwe, a chieftain has cautioned the North against thinking it would produce President Muhammadu Buhari’s successor in 2023.

The chieftain of the All Progressives Congress, APC, in Lagos State, said the North should perish the thought of a Northerner succeeding Buhari in 2023.

He said the clamour for a Northerner to succeed Buhari in 2023 is “a joke”.

In a Facebook post, Igbokwe wrote: “Someone just called me to say that the North is thinking about producing the presidency again in 2023. I laughed until tears started coming out of my eyes. Perish the thought and consider it a joke.”

Ahead of APC’s Presidential primary election, the party is yet to zone its ticket.

But there is now a counter-clamour to throw the ticket open to all the six geo-political zones of Nigeria, which seems to be gaining the upper

Previous: 2023: Buhari will declare the fate of some Ministers – Lai
Next: Why we made our forms available to everyone who needs it- APC