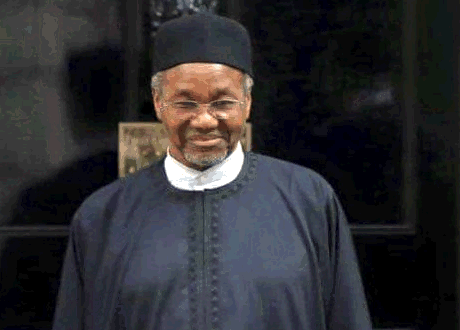 Ohanaeze Ndigbo has reacted to President Buhari’s powerful nephew, Mamman Daura who said that 2023 presidency should not be based on turn by turn but on competence.

Chief Emeka Attamah, the media aide to the president general of Ohanaeze, Chief Nnia Nwodo who spoke on behalf of Ohanaeze insisted: “All we know is that it is the turn of the south where we have abundant competent individuals who can steer the ship of this country, particularly among Ndigbo.”

He reminded that one of the reasons the ganged up and removed Goodluck Jonathan was on the allegation of violating the rotation principle.

He said: ” Now that it is the turn of the south they don’t see it in that context anymore.

“The statement by Mamman Daura is, to say the least, selfserving. He should’ve said this before the 2019 elections. They ganged up to push President Jonathan aside because they believed it was the turn of the North to produce the President .

” Having benefited enormously from his nephew being the President, he now wants it jettisoned because it is the turn of the South.

” Are the service chiefs the most competent among their colleagues to warrant their being retained beyond their tenure ? Now that it is the turn of the South, precisely South East, he is mouthing most qualified and competent.

” Equity is a constant flagship for peace and good governance. Without it, there will be continued agitation and crisis.

” At his age, Mamman Daura should stand for equity and fairness. Moreover, his stand goes against the grain of the nation’s constitution which enshrines equality for all peoples and sections of the country