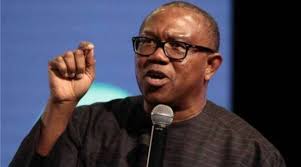 The Ohanaeze Ndigbo, the apex Igbo socio-political organization, has lent its voice to the reported merger between Labour Party, LP, and the New Nigeria Peoples Party, NNPP.

Reports are going viral NNPP and LP are talking about merging ahead of the 2023 presidential election.

A statement by Isiguzoro reads partly: “The merging arrangements between the Labour Party and New Nigeria People’s Party will strengthen the chances of Obi/ Kwankwaso occupying Aso Rock.

“The headache for the Labour Party is never to accept the Vice Presidential position for Obi, any arrangements that would see Obi as a running mate to Kwankwaso will end up the popularity of the Labour Party.

“Mr. Peter Obi is the New Nigeria’s candidate, and Kwakwaso is a regional champion who should serve as the running mate”.