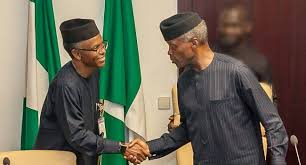 APC Primaries: Osinbajo is the number one confidant of Buhari, says El-Rufai

The outspokenness Governor asserted that Professor Osinbajo had earned the respect of Buhari, state governors, and Nigerians from every tribe.

He made this remarkduring Osinbajo’s consultative meeting with delegates of the All Progressives Congress, APC, in Kaduna.

He said: “Osinbajo is the number one confidante of President Muhammadu Buhari, and has the respect of all the governors of Nigeria, across party lines, because of the way and manner he steers the affairs of the National Economic Council.