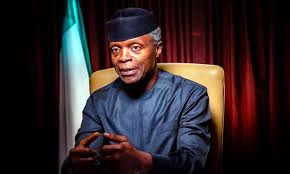 A popular legal expert who is also a pubic affairs analyst, Sam Amadi has given his assessment of the Vice President Yemi Osinbajo on his chances in the upcoming 2023 presidential election.

It will be recalled that the governance expert had  earlier gicen his analysis of All Progressives Congress (APC) national leader, Bola Tinubu.

According to him, Osinbajo  comes with likeable intellect, style, the best photographer and a good speechwriter.

“But Osinbajo does not come with a convincing performance card, although he did the constitutionally required actions when he acted as VP.

“So he won’t be as lawless as Buhari in such matters. But, unlike Tinubu, he has proved incapable of surrounding himself with the best and brightest.”

X-raying the Vice President’s chances, he noted that Osinbajo’s appointees for key federal positions have been mostly mediocre.

“He has deprived himself of strong testimony for the No. 1 job because none of his proxies – in BPE, in NDDC, or in FIRS performed very well. There is also some whirl of corruption around them.”

Speaking further he said that the former university don does not look like one who will shut down the rentier economy.

“He looks like someone who will continue governance as patronage, arguably with a dose of parochialism.”

Hr stressed  that though the Vice President is far cleaner than Tinubu, more respectable and intelligent, he is “not a great choice for 2023”..

Previous: 2023 Presidency: Two aspirants disqualified by PDP to appear before Appeal Panel
Next: 2023: Nigeria needs leaders with integrity at this moment- Obasanjo