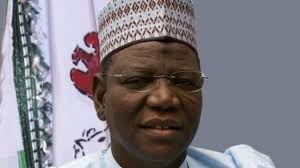 2023 Presidency: PDP may be worse than APC- Lamido

According to him, the party may be worse than the All Progressives Congress, APC.

The former Minister of Foreign Affairs who made this known in an interview with newsmen, said the APC had proven to Nigerians to be a failed party because of its inability to fulfill all campaign promises.

He expressed optimism  that PDP would bounce back to power in 2023.

According to him, APC will fall before the 2023 election, owing to the fact that the main structure holding the party would not be there anymore.

“Buhari, who is the main pillar of the party will not be there anymore in 2023, and Tinubu, who is supposed to be the Jagaban of the APC, Buhari people don’t like him.

“So, literally the bond will mutually evaporate and they will all go away and it is going to be only PDP as an alternative in 2023.

“This means PDP must be properly stabilised, restore its dignity, culture and tradition to get back to government in 2023

“Otherwise, if we keep on misbehaving like we are doing now, there will be a PDP government in 2023 but it will be as worse as the APC, either good or bad,” Lamido noted